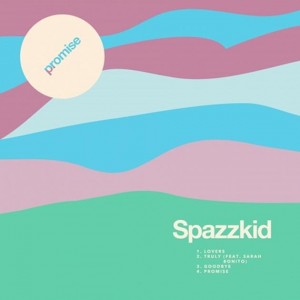 Always great when one of Japan’s best young producers ends up working with/on a song made by a great artist outside of Japan…gives me a chance to shine deserved light on the non-Japanese musician. Spazzkid is a Los-Angeles-based producer who released one of my favorite album’s of 2013 – the earnest, dreamy Desire – who has a new EP on the way this July. He’s gotten Kobe producer Tofubeats to remix the song “Promise,” turning it into a blippy slow-burner until it gets popping bit the back half. Listen below.