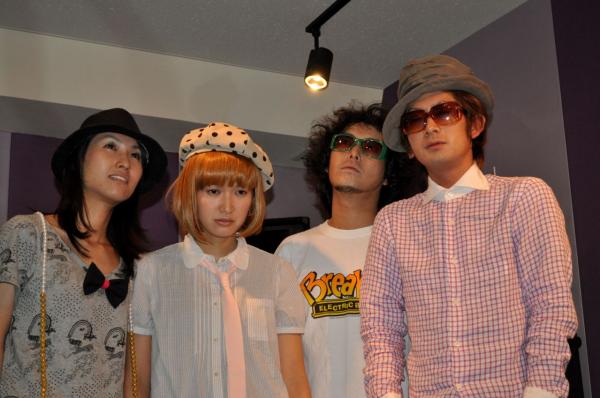 Up front I’ll be honest with you: there are way too many “throwback” garage-rock bands making fuzzy sounding songs that fail to really do anything of interest. This applies to America, England, Japan and probably every other country on the planet. So yeah…mig definitely could be lumped into this increasingly annoying trend given the group’s leanings towards grimy rock and muffled vocals coming from someone who sounds suspiciously like the baby from Dinosaurs. Crucially, though, mig don’t sound like a copy of a copy of a copy of whatever shitgaze band you want to point out. “Disco” chugs along on some chunky guitar riffs while some druggy organs drone off in the back, the band making sure to switch the structure of the song up every once and a while to keep things interesting. mig sounds much more clear on the pair of semi-creepy instrumentals “Yukka” and “Far-Side,” the latter of which shines thanks to the mish-mash of plucked strings, steel drum sounds and record scratches. It might not be a style of music crying out for more exposure, but mig at least do it very well. Listen here.