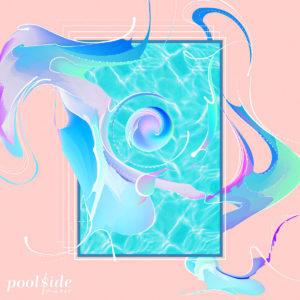 Aquarious is a real emotional rollercoaster, achieving both giddy moments and some real melancholy with no words. Chalk up another winner for Local Visions, though this one is less about a new angle on nostalgia (though also…kinda?) and more about their ability to pinpoint young electronic artists and give them a platform to shine. Kobe’s Pool$ide uses synths, sliced-up vocal samples and digi beats to create songs that can be downright jolly, such as opener “Tiny Flow,” which uses something approximating an ocarina as a main melody to add some hop to it, slowing down to let bird noises and eventually blurts of syllable in. Things go extremely tropical on the pure bliss of “Sun Shine,” while the woodwind vibe returns on “Ugly Bubble,” though this time it works in tandem with pitch-shifted voice snippets. Overall, Aquarius gets pretty optimistic, but that makes moments like “Crawl” all the more memorable. That one uses all the same sounds, but unfolds a bit lighter, and goes for ennui, everything hitting just a bit softer. It reveals depth to this approach, and makes this a deeper listen. Get it here, or listen below.