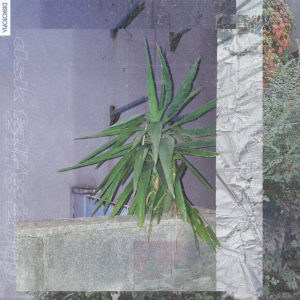 Diskotopia’s latest compilation feels a bit chillier than previous offerings from the Tokyo label, with more moments of unease cropping up alongside the usual body-moving flow. These aren’t new moods for anyone associated with the collective, but DSK F​/​W 2018​-​2019 Free Compilation comes off as more fitting for the coldest stretch of the years than previous installments in this series. Maybe that can be attributed to opener “Dawn Without Red” by Greeen Linez, a project that previously has dabbled in a re-imagining of glitzed-out city pop soaked in summer vibes. But here the track feels like its thawing out, moving at a slower tempo and placing more of an emphasis on a melody that slowly revelas all its beauty. The same vibe appears on Foodman’s glassy “Hitori Futari” and even on the high-stepper “Cake” from Submerse, which still struts in no rush and lets plenty of space in.

Alongside this feeling is a general wooziness running through tracks here, like stumbling out of bed a little too early and feeling discombobulated. BD1982’s “Sailing Towers” hides muffled singing over layers of other noises, including distortion, while A Taut Line’s “Guidance Light” sounds faded, a familiar drive slowly vanishing to time. Even more outright energetic numbers from Silvestre and Yuzi Zapping feature moments of sounds skipping, a slight disruption in moments of release. Diskotopia remains ever changing, but solid as ever. Get it here, or listen below. 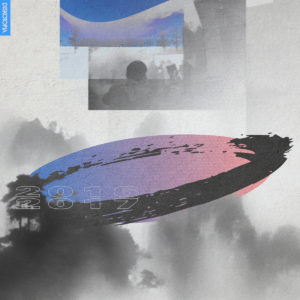 Tokyo label Diskotopia has been releasing free compilations near the end of the year since 2014, and they have thus far been very strong collections gathering producers from and near their universe together. The Fall/Winter 2016-2017 Free Compilation continues that quality tradition, featuring co-founders A Taut Line and BD1982…and their joint project Greeen Linez, whose “This Listening Winter” kicks off the collection with a nice, spacious warmth. From there, artists such as Submerse (with the fuzzy “Safehouse”) and Fujimoto Tetsuro (with the spliced-up funk of “Roof”), though the pair that most intrigued us over here beyond the WordPress dash were Taiwan’s Meuko! Meuko!…and familiar favorite Foodman. Slight spoiler — he’s pretttttty high up on this blog’s year-end list, so we are down for all new music from him, and “Amenbo Wodori” finds him creating a breezy, bubbly number apt for a summer festival. Get it here, or listen below.

Greeen Linez — featuring Tokyo-based artist Matt Lyne (head honcho at Diskotopia and recording solo as A Taut Line) teaming up with Chris Greenberg of Hong Kong In The 60s — have a new album out on the horizon, and in advance of that they’ve shared a new song called “Findings” via Boiler Room. It follows in the footsteps of what the Greeen Linez project has been doing since its start a few years back, which is to draw inspiration from glossy styles of music (the go-to being ’80s City Pop) and play around with those sonic signatures to come up with something their own. Boiler Room writes that “Findings” is like “ambient new jack swing,” which seems a solid description, with a bit of a sweltering unease deeper in the mix. Listen above.

Here’s another one for the ever-growing pile of “albums I really wish I had more time to write about” – dance duo Greeen Linez, whose 2012 Things That Fade was a stellar debut album taking cues from City Pop without ever feeling like a stuffy museum, are back with second effort Izu King Street, which you can get here. “Windswept” offers a good first glimpse into the pair’s sophomore full-length – the ’80s vibes have been toned down a bit (but still lurk within) and instead are a bit more house-centered. It’s a good, six-minute mover with enough details to make it compelling for each one. Listen above.

Over the past year, I’ve gotten a little burned out on found-footage videos. They were charming for a while, but now just feel like forced nostalgia. This attitude, though, clashes with what I think about Greeen Linez’ new song and video “Hibiscus Pacific.” Though the video below relies on VHS-quality footage of old Japanese advertisements and bikini vids (the latter of which gets turned into a pretty sweet sex joke), the dated clips match up so well with Greeen Linez’ music I end up ignoring my previously held views. “Hibiscus Pacific” sounds like how I imagine bubble-era Tokyo did – glitzy and decadent and pretty much the aural equivalent of those magazines they hand out in first class. Yet it’s more complex than any glossy mag about sail boats, full of subtle shifts in sound that, nevertheless, manages to sound deeply pleasurable even in the far more economically strained world of 2012.

Plus, check that elephant, can’t hate on a video with such a fly animal in it.