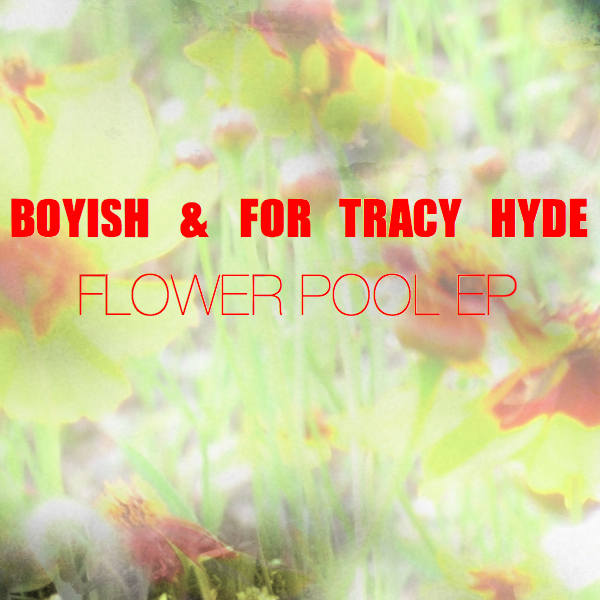 Tokyo indie-pop outfit BOYISH have had quite a busy 2012, having released a bunch of singles, split EPs and an on-cassette album, plus a bunch of live shows on top of that. Yet onwards they jangle, this week dropping a new EP on Canata Records which you can get here. This time around, they’ve teamed up with new group For Tracy Hyde for the Flower Pool EP. BOYISH contributes new number “Shadow Of You,” one the Canata page describes as showing “their new wave/post-punk dark side.” “Dark side” might be a stretch, but the track definitely sounds like a switch for a band spending most of 2012 turning a love of Sarah Records’ releases into a sound, this one more fond of the minor scale and of whispy synth that would sound at home in a Hotel Mexico song. What isn’t new is the sense of detachment the vocals give off – they sound practically mumbled, but that sense of distance works well with the downtrodden music around it.

For Tracy Hyde is much more straightforward – their contribution is called “Her Sarah Records Collection,” and whatever sound you conjure up in your head after reading that is probably right on the money. This song does feature Japanese lyrics, though, which has been rare among most of the indie-pop bands coming up this year. The majority sing in English (BOYISH included), so it is neat to hear a song of this style done in a different language. Listen below.