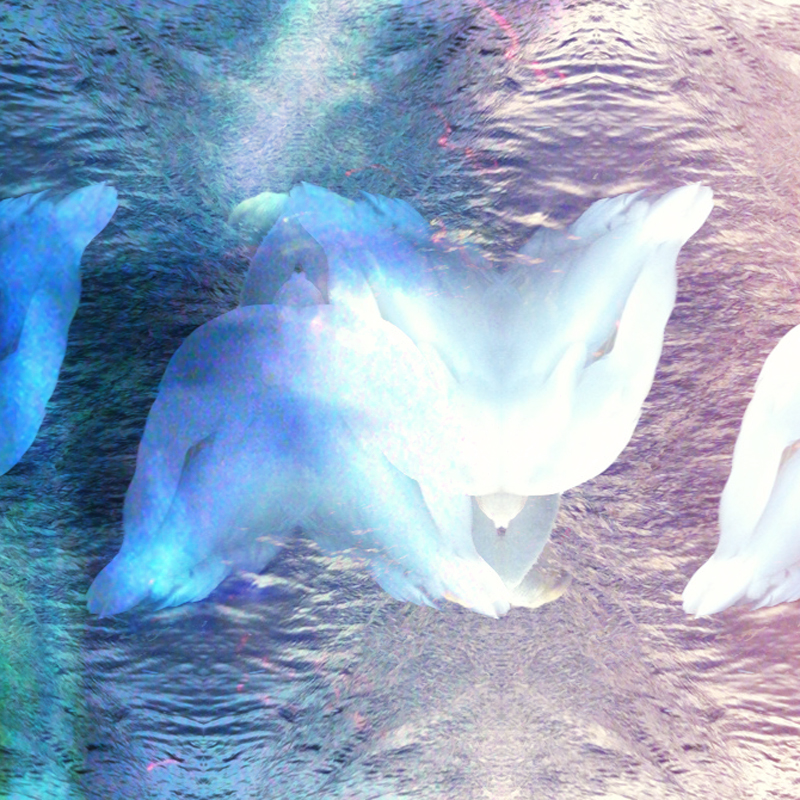 Here’s a nice late-summer surprise – Elen Never Sleeps and Super VHS have teamed up to release a new split EP, each artist contributing one new track. Neither of the songs on the White Surrender/Stuck On You release mark big stylistic changes for either act, but both find the pair of Tokyo artists taking baby steps in new directions. Elen Never Sleeps steps out from the dreamy haze he’s inhabited over the majority of his artistic career, letting his voice drift into the open over a minimalist beat, some guitar and the occasional whispy background voice. It’s a daring move that mostly pays off – although some of the higher notes can sound awkward, the majority of the song is sung in a straightforward way that sounds intimate against the bare-bones backdrop. Super VHS, meanwhile, sound more like a garage-rock band than they ever have before on “Stuck On You.” It’s short but does come complete with some whimsical noises in the back, though.

The EP also includes remixes of both songs courtesy of Taquwami, which makes this an even better summer surprise. His remix of “White Surrender” actually sounds more like one expects an Elen Never Sleeps’ song to sound – he muffled the vocals a bit more, and everything comes off as a little hazier. Take out the slowed-down voices scattered about the track and this could have been an Elen original. His reworking of “Stuck On You,” done under the electro-dance moniker Occult You, is more radical – the fuzz gets scrubbed off in favor of Toro-Y-Moi-flavored synth blasts, the entire track transformed from fast rocker to fidgety dance number. Download the EP for free here, or listen below.