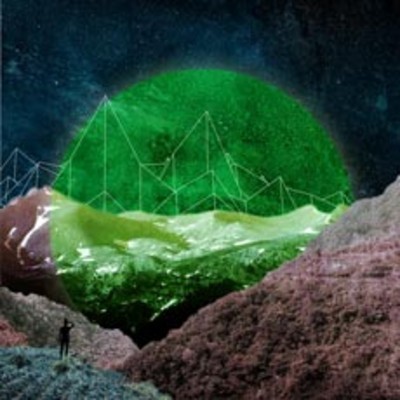 The latest full-length release from Osaka label Day Tripper Records is a fragile affair. The imprint, responsible for releasing 2012 highlights by the likes of Seiho, MFP and And Vice Versa, now offers up an album by Tokyo producer Leggysalad, Verde Planedeto. Two tracks, “Reunion” and “Sleeping Beauty,” can be heard now at Day Tripper’s SoundCloud. The prior starts with channel-hopping piano before being joined by some acoustic guitar strums and, a little later, some bell chimes. This combination sounds surprisingly delicate for something released on Day Tripper, though the serenity doesn’t last long as Leggysalad conjures up a drum beat that smashes through the glassiness. From there, “Reunion” turns into a nice cut-and-slice vocal workout. “Sleeping Beauty” similarly opens softly, though the most prominent addition to this Leggysalad track is a female vocal that has been chopped into syllables, like he has taken a J-Pop drama and gone surgeon on it. Just like “Reunion,” drums eventually kick in and add some force. Listen to both tracks below.