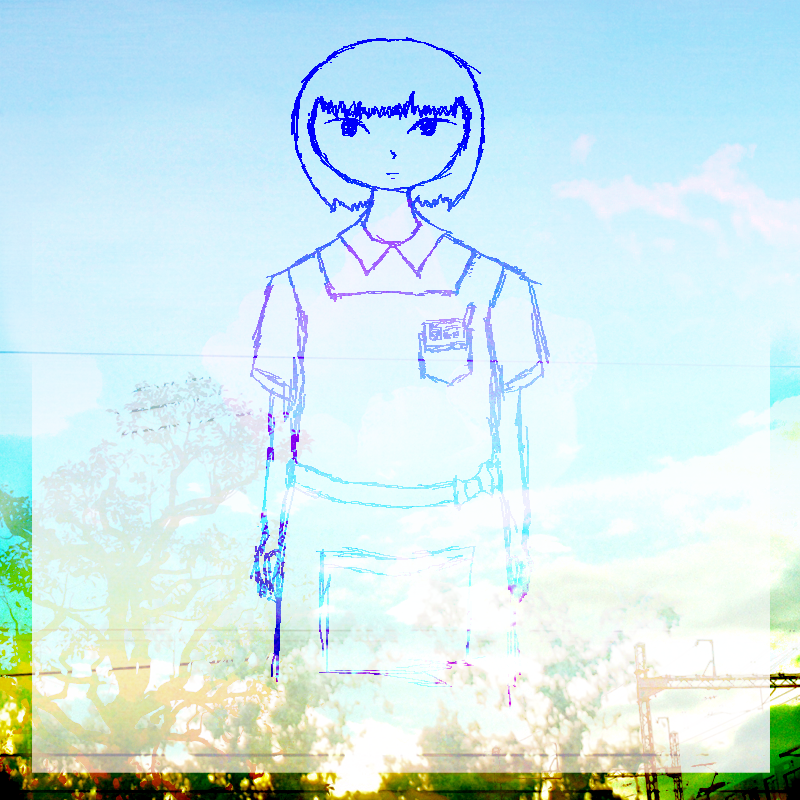 Recently, I watched a debate unfold over Twitter about the quality of Japanese author Haruki Murakami’s work, the majority of those jumping into the fray tearing into his style, in particular his reliance on “magical realism.” I get why some would be turned off to this, but that ability to make the everyday seem special, to turn mundane happenings into beauty. That’s why I enjoy Murakami, the music of similarly obsessed-with-the-everyday artists Lullatone and now i-fls, a Japanese music maker who seems bewitched by stuff most people just shrug off. Song titles range from items and services (“Twitter,” “Vocaloid,” “Family Restaurant”) to natural sensations (“Summer Breeze,” “I Saw Raindrops”) to names of women (“Satomi,” “Chiaki Gazed You,” “Yui”). None of i-fls’ songs feature vocals and they are all produced in GarageBand, yet i-fls wrings a lot of emotion out of a very limited palette of sounds (mostly rinky-dink beats and a variety of whirring electronics). All of the songs tend to be short – sketches of a feeling, perhaps – and most sound lovely, like conjuring up an old memory. i-fls has released a lot of material in the past few months, the latest being the Enhanced Garden EP, which includes the galloping “No Adventure,” the dreamy “Stardust” and “Chiaki Gazed You” which seemingly captures the feeling of having a woman you like look your way, for even a second, and all the joy/nervousness that creates. All the music i-fls has released is like a simple-but-engaging journal, regular happenings made special.