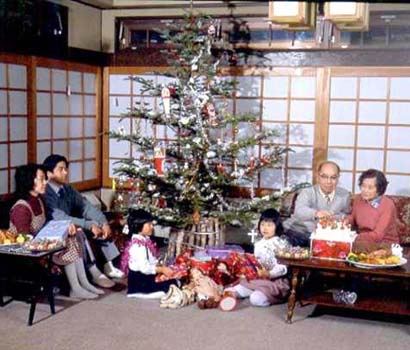 Well, this is definitely putting your own personal stamp on a Christmas classic. Miila, stepping away from the Geeks for this bit of yuletide joy, covers “Santa Baby” by playing a version built around molasses-slow guitar and some simple-but-ominous drum. Miila herself sings it pretty straightforward, but her voice sounds slightly muffled and, along with the fuzzy noise, makes this rendition sound a bit more menacing than any version I’ve heard before. Watch below.

Her Ghost Friend ring in the holidays with a special three-song set, featuring two original songs that are among the best they’ve ever done (which is saying something, as they made one of the year’s best albums in Looking For Wonder). “Shiroi, Shiroi, Suki, Suki” builds up from a fragile beginning – just some vocals, strings and some electronics – into a driving number accented with harp flourishes. “Merry Christmas Dear Girl” adds what sounds like a wind-up tow into an otherwise twinkling mid-tempo song, and the set ends with a remix of “Miracle Powerful Beat.” Listen below.

If you want something slower – and filled with sleigh bells – watch the video for Yucca’s “Waiting For Snow” below.