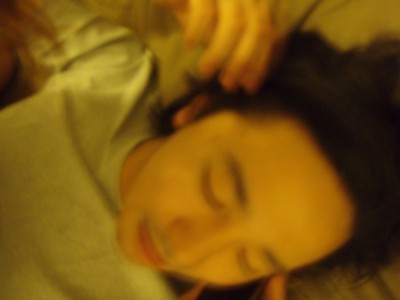 Somewhere high on my “list of things to blog about” is Osaka producer And Vice Versa’s album E. Tender. It has been there for a few months, actually. I can’t believe I never got around to writing about it, it came out in April and has become one of my favorite albums of the year so far. And Vice Versa is an artist in love with individual sounds, and the noises on E. Tender come through so clearly you can practically touch them. The way And Vice Versa layers his sounds is also amazing so the album is really great to listen to through headphones.

And Vice Versa’s newest song, “Its Me,” could have fit in well on E. Tender. It shares many of the same sounds that make that album so good – especially the synth and digitally manipulated vocals that are deeper down amid the sonic layers. And Vice Versa also works in small details that seem like Easter Eggs for listening closely (in this case there are a few instances of bug noises). What makes “Its Me” different, though, is the extended playing time – it lasts for almost six-and-a-half minutes while his E. Tender tracks average three minutes, but it still manages to be compelling for every second. Listen below.