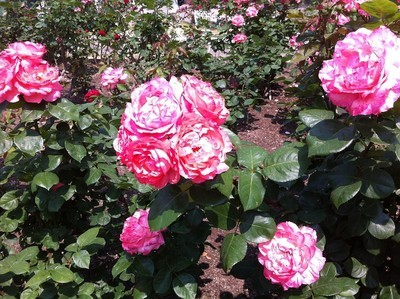 Recently on Twitter, I saw someone write (and I paraphrase) that expecting dance music to be about anything more than dancing or fucking is ridiculous. Nagoya’s House Of Tapes envision another use on new song “Noise Attack” – sonic assault. True to its name, “Noise Attack” is an often unrelenting but always engaging listen, every detail of the song sounding interesting even if they also come off as a bit off-putting. Whereas House Of Tapes’ other new track “For Rainbow” is a pleasant bit of minimal house music that is also a bit unchallenging, “Noise Attack” definitely leaves an impression. It all opens with a crackling sound reminiscent of TV static, an initial endurance test that lurks in the background for most of the song. Some off-kilter synths come in and then the beat, and for a bit, this song doesn’t sound that abrasive. Then come another set of synths, these ones pricklier and more unsettling. From there, “Noise Attack” goes through a few more passages, all of which would feel at home soundtracking a Gaspar Noé film. Listen below.