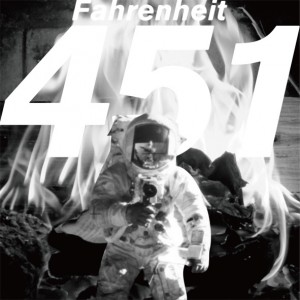 Tokyo’s Moscow Club are literary buffs. They originally caught our attention with a song called “Daisy Miller Pt. 1,” (followed up with a “Pt. 2,” both on this lovely album) named after the Henry James’ story of the same name and nailing a similar emotional vibe as the novella. Now they’ve released what their SoundCloud implies is a tribute to science-fiction author Ray Bradbury (“Ray, may your soul rest in peace”), who wrote books like The Martian Chronicles and Fahrenheit 451. The latter also serves as the title to Moscow Club’s newest cut, and unlike the “Daisy Miller” songs, this one doesn’t conjure up images of books being incinerated or giant television walls. It’s really lose, a synth-powered throwback jam that’s made for the dancefloor rather than a dystopian future. It’s also the best electronic-focused song Moscow Club have released yet, one finding just the right groove to ride out for its almost-three-minute-long playtime, my snap-judgement bringing to mind Toro Y Moi or Kisses. Plus, THAT CHORUS. Listen below.