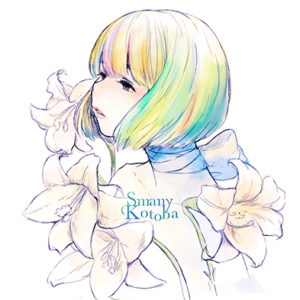 Nothing wrong with a little electronic retreat every once in while. The delicate songs Smany puts together feel like little escapes, every number featuring a sparse set of instruments enveloping her voice, which runs from sing-speak to near murmur. Little details add to the songs — “Emigre (Album ver)” matches the sound of waves crashing to the shore against piano notes and Smany’s smudged voice, while crackling samples add to the fading feeling of “9:00 a.m.” It often veers minimalist, but doesn’t reject moments of warmth, with the guitar-aided hop of “Utakata” offering some sunlight (though going to far outside of her zone results in some misses — “Echo” is fine, until rappers start popping up, adding a weird forced element to her sound). And then there are staggering moments like the one sound on centerpiece “( ),” which goes from a whisper to a scream when an electric guitar kicks in midway through. It’s an intimate album, but one not afraid to explode when needed. Get it here.