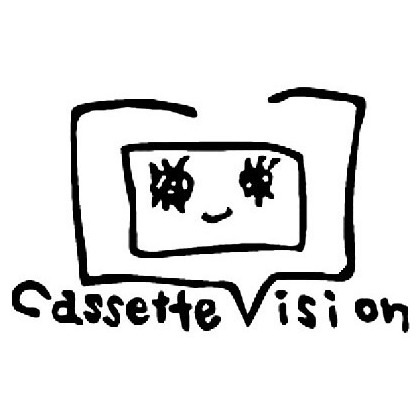 The Cassettevision sampler, available for free on Bandcamp, isn’t the work of a fledgling label trying to find an entrance point into the world of music-blog buzz. The label has been kicking since the start of the 2000’s, having released various albums since 2003, under the guiding principle of Cassettevision being a “label for Nice Core Music like Electronica, Folktronica, Post Rock, Experimental Rock, etc.” This sampler, which gathers tracks from all across the imprint’s history, is more of a time capsule made up of 13 tracks.

The majority of the Cassettevision Sampler…and by extension, the Cassettevision sound… embraces electronic minimalism, the songs here being skeletal little numbers that still manage to sound warm, given a touch of pop structure to keep them from turning into icy experimentalism. Contributions from Lem – who released two proper albums on the label – especially brim with warmth, highlighted by the song “Story Of Surf For Young People,” a bossa-nova tinged track. Contributor eng creates bouncy songs using bloops and bleeps, forming what could have been shapeless digi-noise into bare-bones pop, while Kiwako Kaneda’s contributions are cutesy indie-pop with electronic touches. It isn’t all so sparse…Hot Fudge Sundae offer up straight-ahead pop music on “New Walk,” while Apartment’s abrasive “Hand Me Down” resembles garage rock. Still, the Cassettevision Sampler mostly leans toward minimalistic electronic music, and this release offers an excellent snapshot of the label. Listen below.