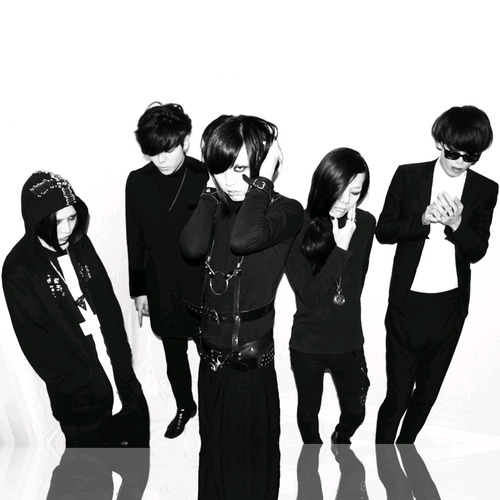 Fashion has always worked together with music to create distinctive styles. Punks in studded leather jacket have proudly claimed that it’s anti-fashion, (though they chose to be dressed in certain ways…) but here comes a band who’s dressed to impress, and even label their music as fashion; I think that’s pretty punk. “Our argument is fashion” is a line from the concept of Plasticzooms’ new project Die Kusse, which was released earlier this September. The three singles, “Full Moon”, “Rubbers” and “Bye. Bye.” all include a price tag that’s usually placed on clothing, expressing the bands strong bond with fashion.

Dressed in black and with dark make-up, Plasticzooms show love for Post-Punk/New Wave bands like The Cure and Siouxie & the Banshees.The bands best can be heard on “Full Moon”, which sounds as if Killing Joke had started shoegazing. The sharpness of distorted guitars create thrills, intertwining with the atmospheric background, and a variety of drum patterns add diversity to the slow-paced song, avoiding monotonous impression these kind of songs tend to have. On the contrary, the other two is up-tempo. “Rubber” shows a clear death-rock influence and “Bye. Bye.” is a fast-moving ballad like “Scent” from their second album Starbow. “Bye. Bye.” also includes a remix by contemporary classical music composer Masuhisa Nakamura. It’s a magnificent song featuring both acoustic and digital instruments, which is significantly different from what Plasticzooms have done, but working together with such artist represents the breadth of their musicality. You can see the trailer below, or buy it from File-Under Records.