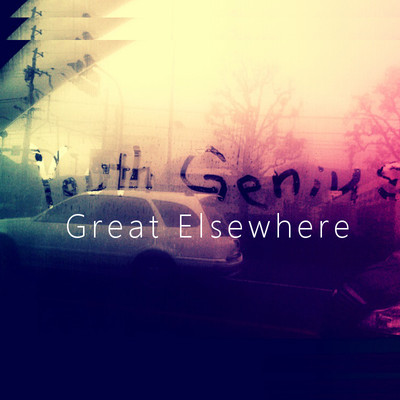 This year, Kansai rock group NOKIES! released their debut full-length album Between The Blinks through Flake Records and Tower Records. Prior to 2012, the band had mostly played jittery indie-pop in the mold of Los Campesinos!, but with Blinks they laid off the caffeine and stuck to their prescription – probably owing to its placement at Tower Records outlets, NOKIES’! latest is far less manic and more reeled in. It appears NOKIES! will try to make a go of it as a mid-level J-Rock band, but that hasn’t stopped member Yusuke from starting a solo project dubbed Youth Genius (Youth Lagoon meets Perfume Genius, perhaps?). This outlet allows Yusuke a chance to play around with idea that might not fly in NOKIES!, and his early recordings show a lot of promise.

“All of the songs is inspired by peculiar atomosphere created by the streets and youth of Kyoto city,” Yusuke writes on his SoundCloud. The kids out there seem all over the place, then – Youth Genius moves between electronic-tinged indie-pop and bouncy funk music, balancing wistfulness with wildness. “Explains” is straightforward indie-pop that sounds loveliness in melancholy, the airy keyboard line at the center of the song standing out in particular. “Behind You” and “Stay Above The Clouds” incorporate more digital elements, making it stand out from the majority of the country’s indie-pop releases so far this year. Then there’s “We Keep Kissing,” which steps away from the anorak sound for a strutting club track recalling The Brixton Academy at their danciest. NOKIES! can pursue whatever direction they’d like as long as projects like Youth Genius can exist alongside them.