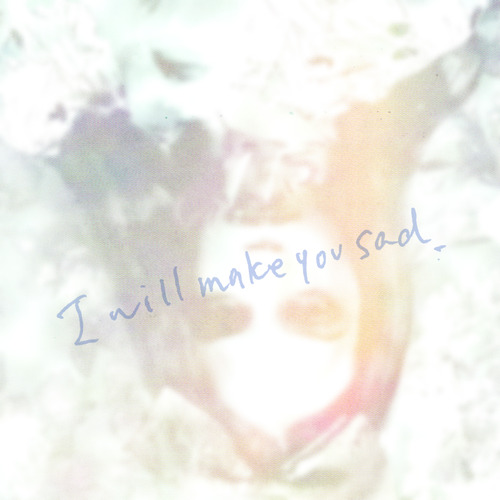 ← New HNC: “I Will Make You Sad”
Sailing The Seapunk: Umio’s “ゆのっちと$∑ÅφÜη‡” (“Yunoochi To Seapunk”) →

It has been a long, strange trip for HNC. She started her career as Hazel Nuts Chocolate in 2000, appearing in songs by Plus-Tech Squeeze Box and Yasutaka Nakata’s Capsule project, which at the time was more focused on globe-hopping Shibuya kei than dance beats. Her earliest collaborations and original work was hyperactive pop, all uptempo and cutesy. She kept up the high-fructose pace up until 2009’s Cult, an album where HNC turned the sound of a cat into a drum ‘n’ bass break, among other sugary creations. Then, she went away for a little bit (popping up in twee-crunk outfit Love And Hates) and returned a little over a year later with a song called “I Dream I Dead.” It was jarring – the playful pop of Hazel Nuts Chocolate was gone, replaced by a song bristling with paranoia, anxiety and unease. It was as if all the years spent singing about candy, kittens and love vanished after one bad dream, all replaced with a creeping sense of finiteness. It was her best song yet, and one of the young decade’s best.

New song “I Will Make You Sad” sees HNC continue moving away from her in-the-moment giddy pop in favor of introspection. “Sad” is sparse, even less flashy than “I Dream I Dead,” opening with a deep drum pounding and some piano playing. Woozy electronics arrive soon, but they never dominate the song, the whole thing sounding fragile. And that’s before HNC’s voice appears somewhat deeper in the mix – she sounds distant, her words hard to make out though she definitely says something about “drinking your tears.” The chorus though is clear – she repeats the titular statement in a way that’s not downtrodden but just matter of fact. HNC has spent the majority of her career giving herself over to emotions of the moment – whether that be the simple cuteness of a cat or the more complex rush of first attraction – but now she’s older, someone who has lived and knows love isn’t so simple, but something where people get hurt…and she’s smart enough to know she will hurt those she cares about just as much as they will her. Here’s the latest great step in HNC’s artistic maturation. Listen below.