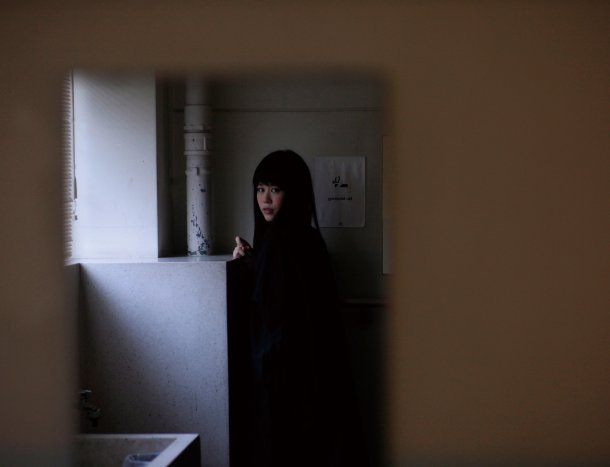 Let’s just call this a Monday morning quality post. Etsuko Yakushimaru, the fast-talkin’ lead singer of mysterious group Soutaiseiriron, has a new solo single out called “Cosmos Vs. Alien.” It follows her last outing “Venus To Jesus.” And, unfortunately, the only way to hear it online at the moment appears to be via a small clip of a popular drumming video game in Japan. So…pretend the taiko-drum noises you hear in the below clip aren’t actually there and just try to focus on everything else. “Cosmos” finds Yakushimaru continuing to edge away from the outright weird-pop of her main band to the more accessible (but still pretty strange at times!) sound she dabbles in alone. She runs her voice all over this gong, capable of a relaxed bouncy delivery one second before sprinting with it the next. It’s a light, cheery track…that also features a lot of video game noises in the clip below. Sorry!