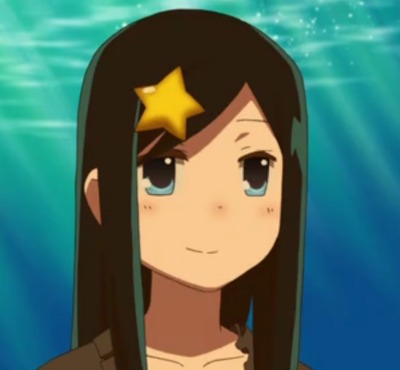 “Brostep,” a bass-heavy style of dance music often just called “dubstep” in America to the annoyance of many, has turned into a powerful commercial music force in the West. Magazines like SPIN and Rolling Stone have written about this new wave of electronic-dance music, while festivals like The Electric Daisy Carnival pull in thousands of customers. The biggest artists associated with this style – Deadmau5, Skrillex, Bassnectar – have turned into some of the most popular acts in the West today. Hate it or not, it might be the most important musical movement happening right now (and one of the most economically viable).

The sonic elements of “brostep” haven’t enveloped the Japanese music scene like they have in America, but a scene has popped up, with artists putting their own spin on the dizzying style. A possible entry point into the Japanese world of “brostep” for those who guffaw at Skrillex’s haircut might be Inorg’s track “Sleep.” It opens with a sample many rock fans might recognize – over some lullaby-worthy electronics, the Mac-speak voice from Radiohead’s “Fitter Happier” drifts by. It is surprisingly sedate for something labeled “dubstep” – which is why it sticks out. When the drop actually comes, it is soft instead of aggressive, the “wub wub” sounds that have become a brostep stereotype turned into something gentle.

Tokyo’s Miii loves to experiment with all sorts of electronic styles, and on latest EP Tokyo War Trap, he engaged with brostep. It isn’t that simple – the title track is equally influenced by reggae music, while “Heat Off The Floor” sounds like the sort of dubstep people who hate “brostep” love, reminiscent of what someone like Zomby would make. Yet these songs still feature moments of bass-centric release, most prominently the whirlwind of “Anti Virus Anti.” Get it here, or listen below.

The most aggressive…and, potentially, most daunting to get into…release of the month comes from producer Fazerock, whose Attempted Suicide EP features the most jarring drops of the lot and includes in-your-face rapping on top of that. For those looking for something extremely physical, give this a spin.